Fox Domotics have complete home automation solutions for any home of any size. All our products are Wifi enabled products which means it has inbuilt wifi chip to connect to your existing wifi network at your home. It’s similar to your mobile phone which connects to your home wifi network for internet. Since all devices are True WiFi enabled systems, there is no need to lay CAT6 cable for communication. All communication between devices and smart phone are through wifi network. It’s a True Wifi based wireless solution for complete Home Automation.

We being a manufacturer are continuously putting our money and effort for Research and development of new, improved and high performance products and control applications for home automation segment.

With our journey of 12 years in home automation we have designed several products and had automated thousand of home successfully. We have vision and experience to design and develop products which are useful and easy to use.

Our home automation solution covers a number of devices which we would look into one by one.

We have touch switches for controlling ON/Off lights, Light dimmers and Fan Dimmers. Our touch switches comes in 2 variant with Wifi and without Wifi system.

Wifi enabled touch switches are the real products which are fully loaded system with almost many features into it. It can be controlled through Alexa Voice control, Smart phones (Android & iPhone), Touch and IR remote. It have scene control, scheduler function and outside control from anywhere on the go.

Without Wifi inbuilt system we call it as Standard touch switches which can only be controlled with touch and IR remote. Very basic but you get IR remote along with touch control. A low cost, basic automation which upgrades you from conventional old switches to new improved basic automation system. It’s low cost and very affordable for large number of clients opting for it. 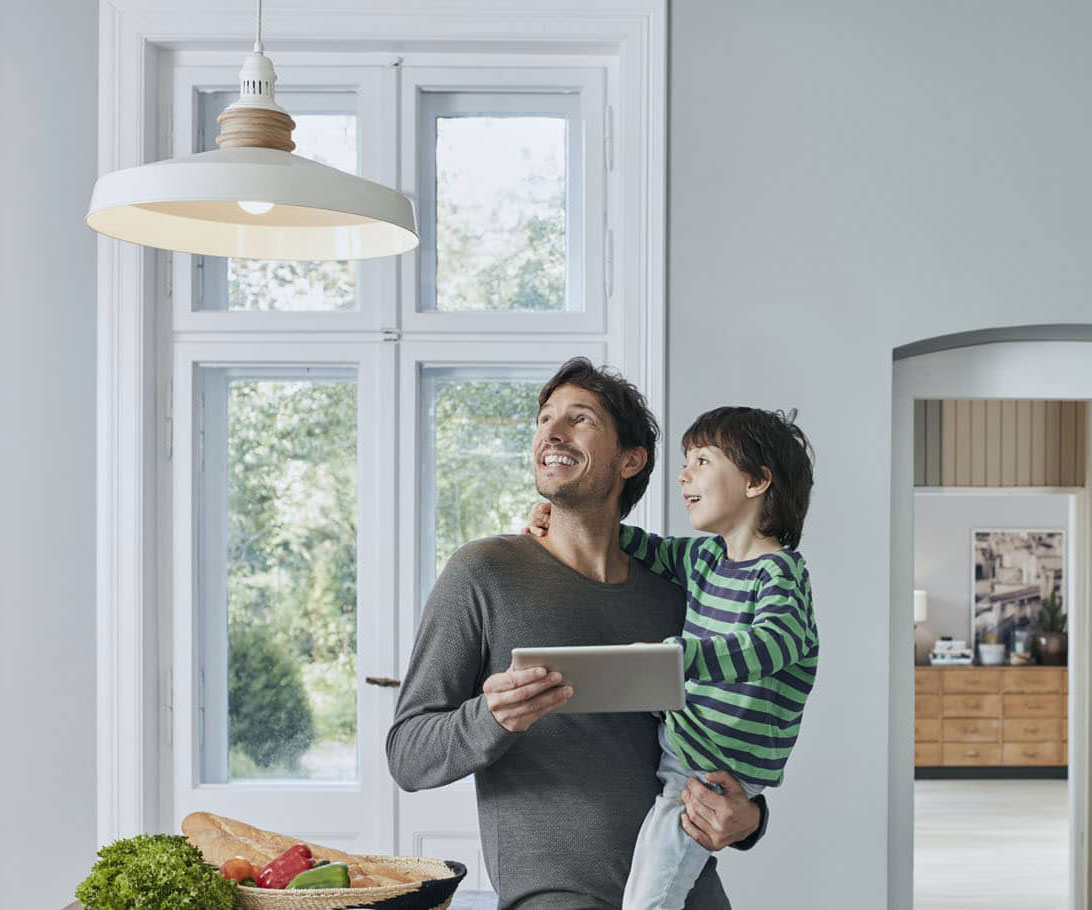 We have wide range of touch switch options to choose from. It comes in multiple different finish like crystal glass, wood finish, marble finish and leather finish along with various color option to choose from each model. Each has its own rich look making the touch switch to blend with your interiors. “Giving the elegance and class of your choice with elegance look along with feel.”

All our touch switches are 100% retrofit and can be installed into existing metal concealed boxes of standard size available at the hardware stores. We have touch switch option in different modular sizes like 2 modules, 4 modules, 6 modules, 8 modules and 12 modules.

Bring your hand near to touch switches and the indication glows. No hand for 30 sec indication turns off (during night get peaceful sleep)

have light sensor to detect light in room and adjust the indication to switch off or on. This second mode of operation.

The touch is capacitive touch for best performance 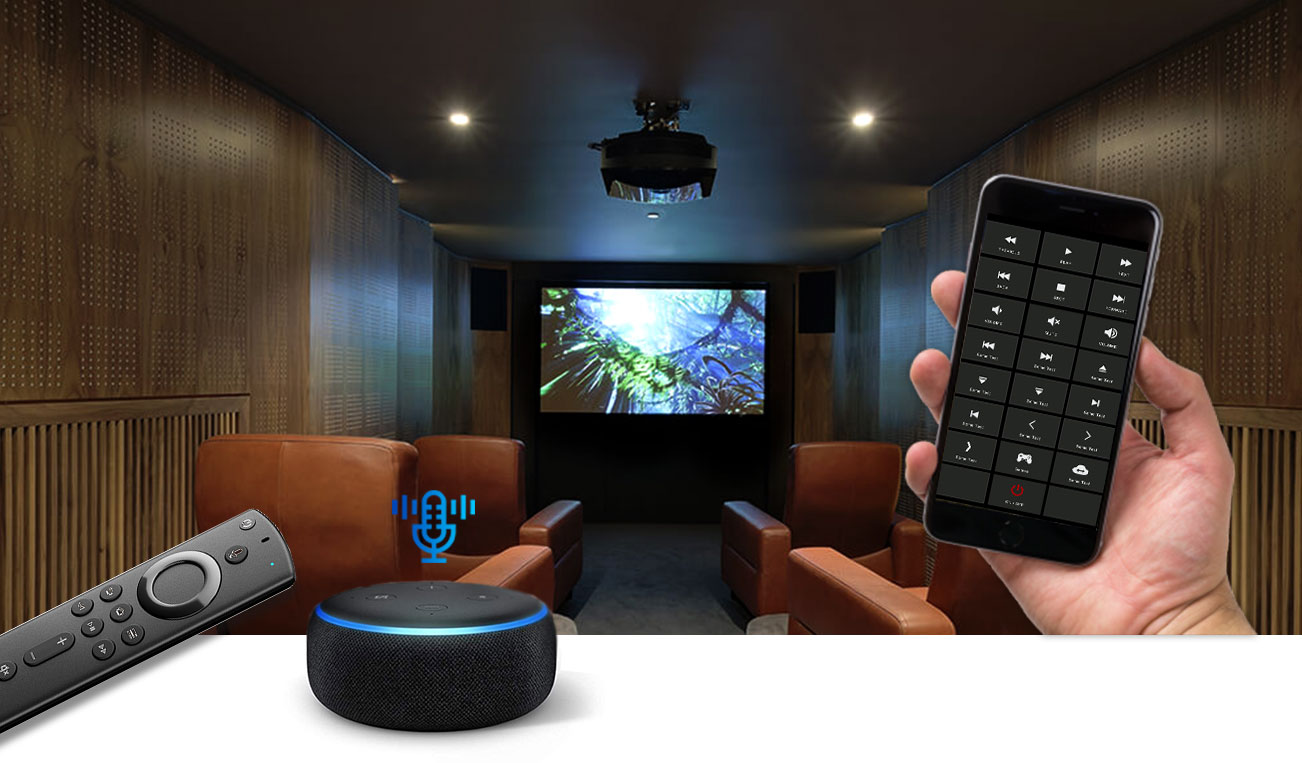 In Home Automation AC, TV and Media control is must required product. We have IR blaster which can control all IR devices in your home.

This IR blaster is wifi enabled device and is connected to wifi network of your home. It has 4 outputs for probe connections. We need to lay CAT6 or 1 pair of coaxial wire to transmit the IR signal to various devices like TV, AC or Music systems. Thus the device need cable to send IR signal to each devices in a room or house.

The IR Blaster has learning sensor at the back side and any remote can be learned through it. All learned codes are stored on Fox Domotics cloud server platform. For learning of IR remote we have a desktop application from which the learning and storing of HEX codes can be done easily (The whole process needs Training).

The IR remote once learned no need to learn again the same remote, as it is stored on Fox Domotics cloud and hence can be used later on. There are already learned IR codes on cloud which can be directly used.

The mobile application for Android and iPhone are fully customizable as per client need and has many features in it. We can combine 2 or more remote buttons onto 1 screen for easy to use by customer.

All of the settings are managed from Fox Domotics cloud which gives full access to customize and make changes even from the dealer’s office. Thus making it easy to maintain and full fill client requirement from their office itself.

Every IR code can be integrated with scene control.

In Home Automation RGB/RGBW color changing lights are very important part of whole solutions. The RGB controller is WiFi enabled system and can control upto 15-30 meter of RGB strip (length depends on RGB strip led count per meter or watt per meter). The RGB colors are very precise and give accurate desired color over complete range of colors. This same device can be used for RGBW strip light controlling as well.

In mobile application we have given color wheel along with RGB slider for precise controlling and also can dim the strip light. It have some mood lighting features like smooth, disco, fade, etc.

Every RGB controller can be integrated into scene Control. 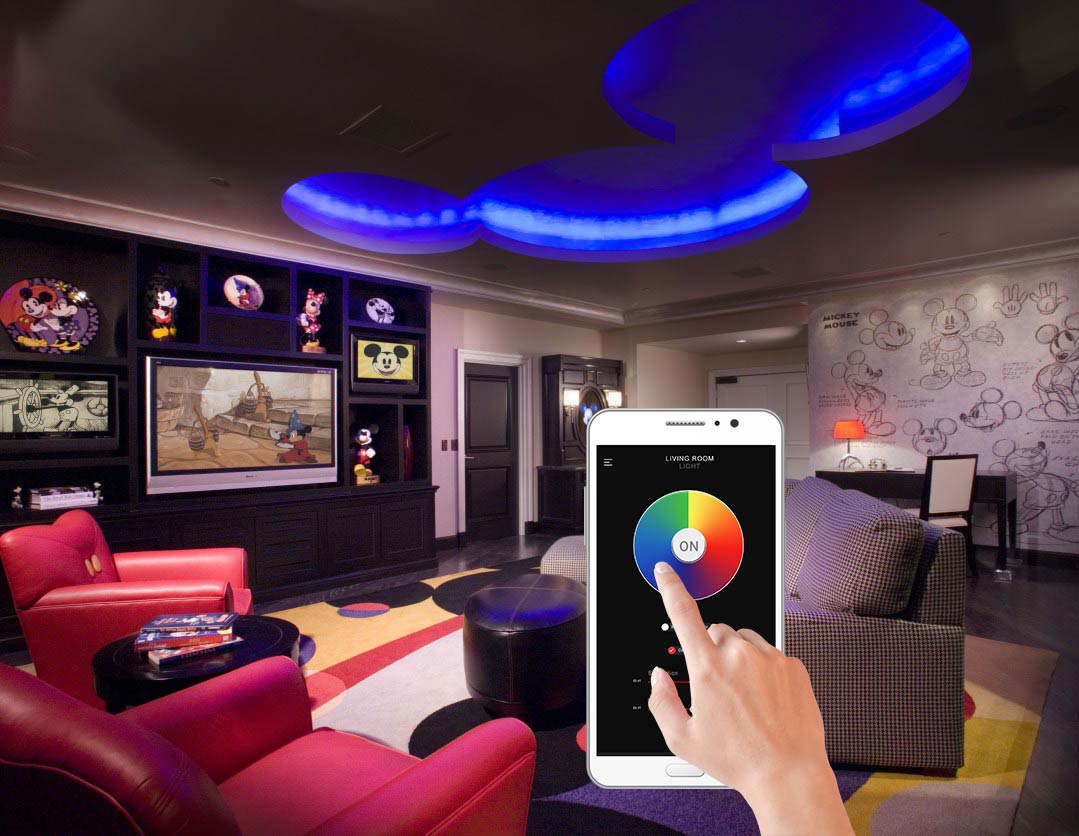 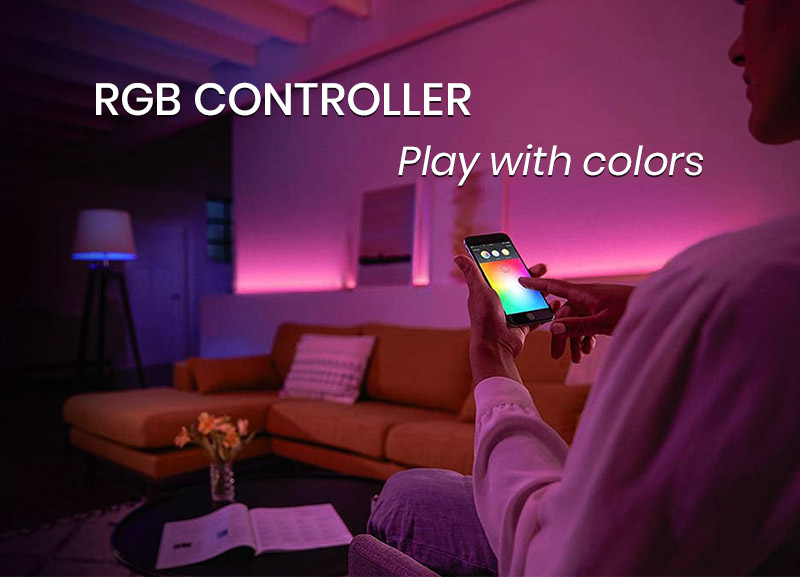 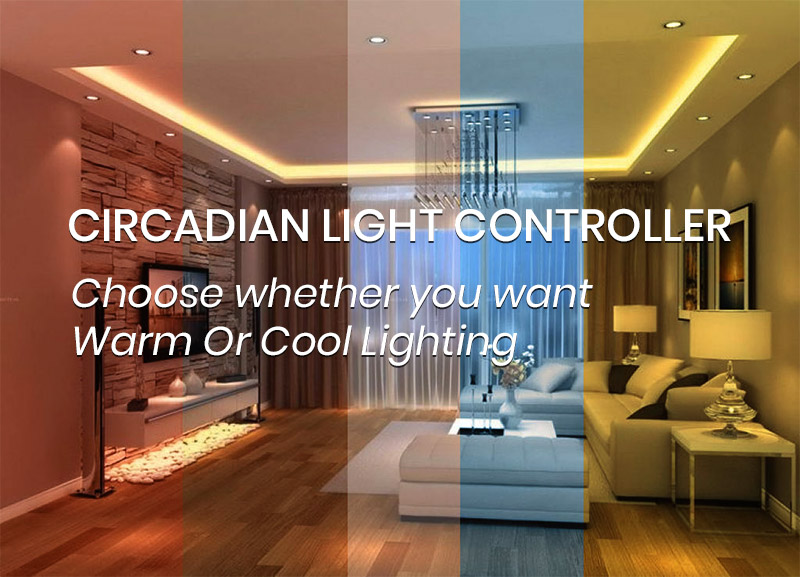 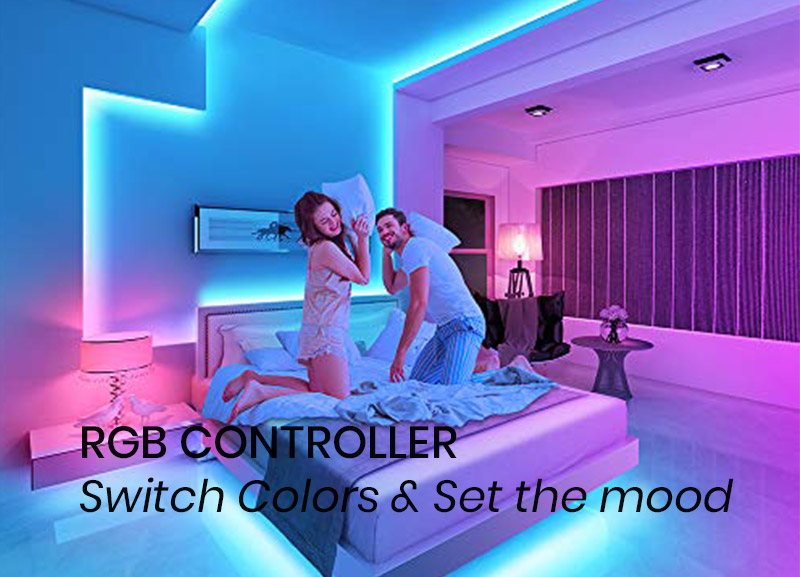 Windows automation is very important part of whole home automation. Fox Domotics have its own curtain motor and Blind motor for windows automation solutions. Along with motors we also manufacture WiFi touch switch controls for curtain and blind motors. Theses controllers are available in different finish and color as light control touch switches described above.

In windows shades we have center opening left right system know as curtain motor systems. All American pleated or ripple fold curtain can be automated through this system.

All our motors are copper winding for high quality.

Curtain motors have push to open and push to close functions in built.

All curtain motor can be manually operated when no power.

View videos of our system installed at various place in India and across the globe. 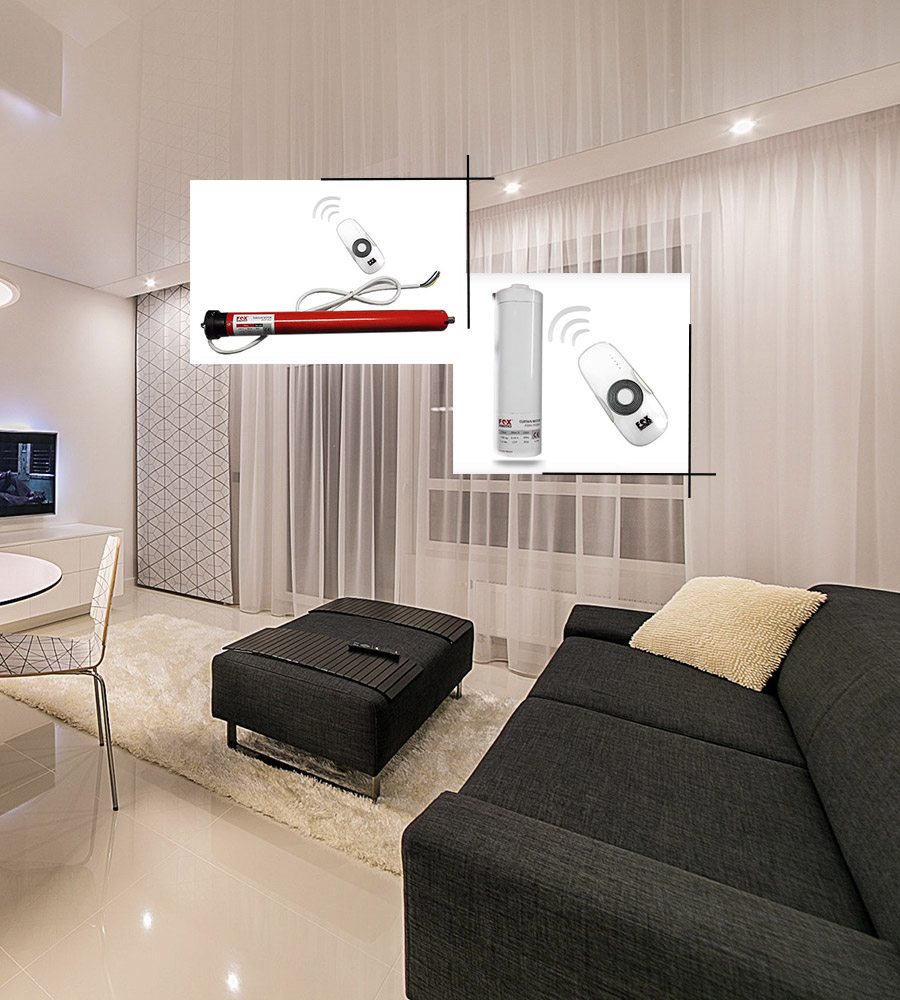 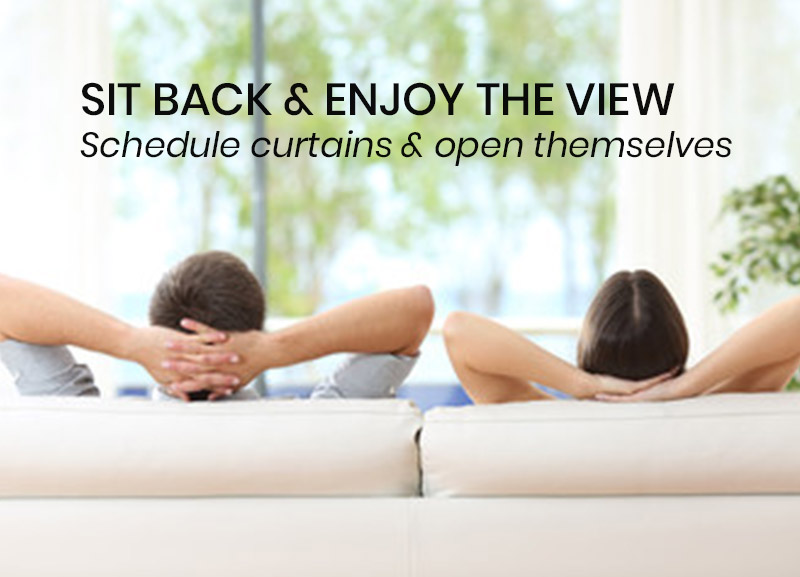 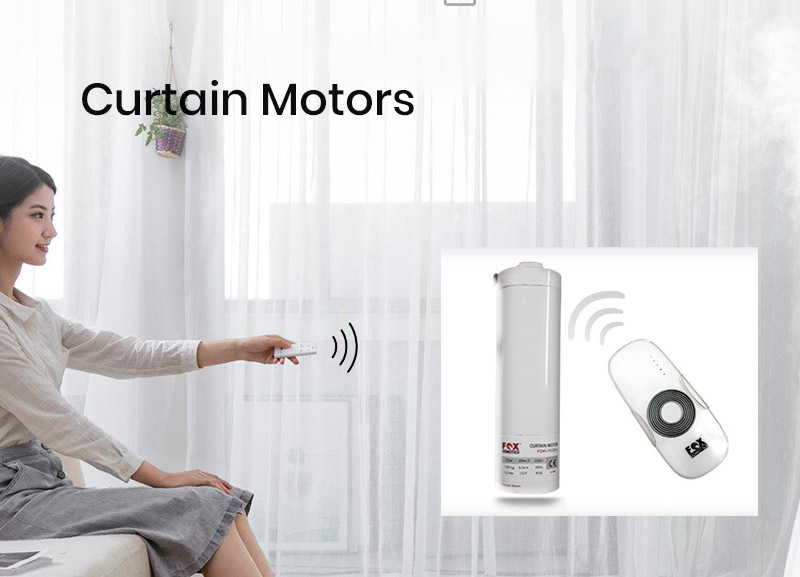 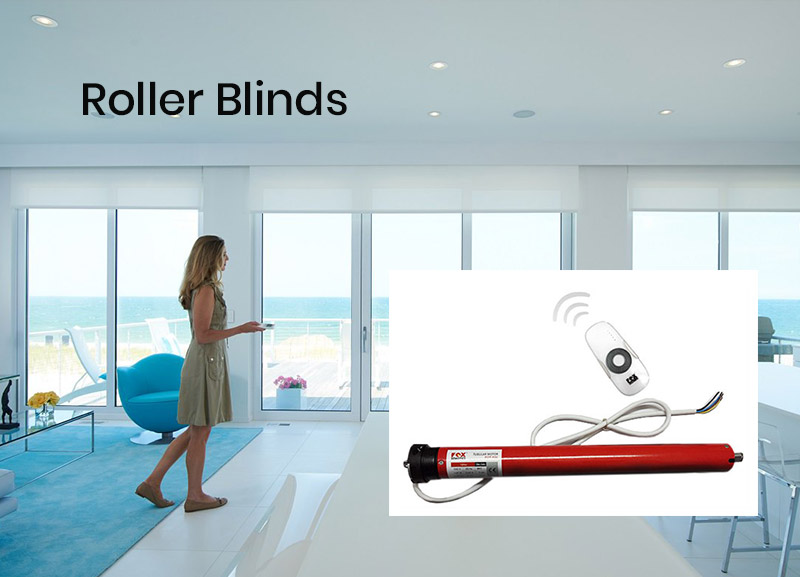 With our experience we have best solutions for skylight shades automation and have successfully installed at various homes. We have developed new products and accessories to easily automat the sky light system which needs zero maintenance in long spans of operation.

Watch the Videos for skylight shades automation done by our dealers in India. 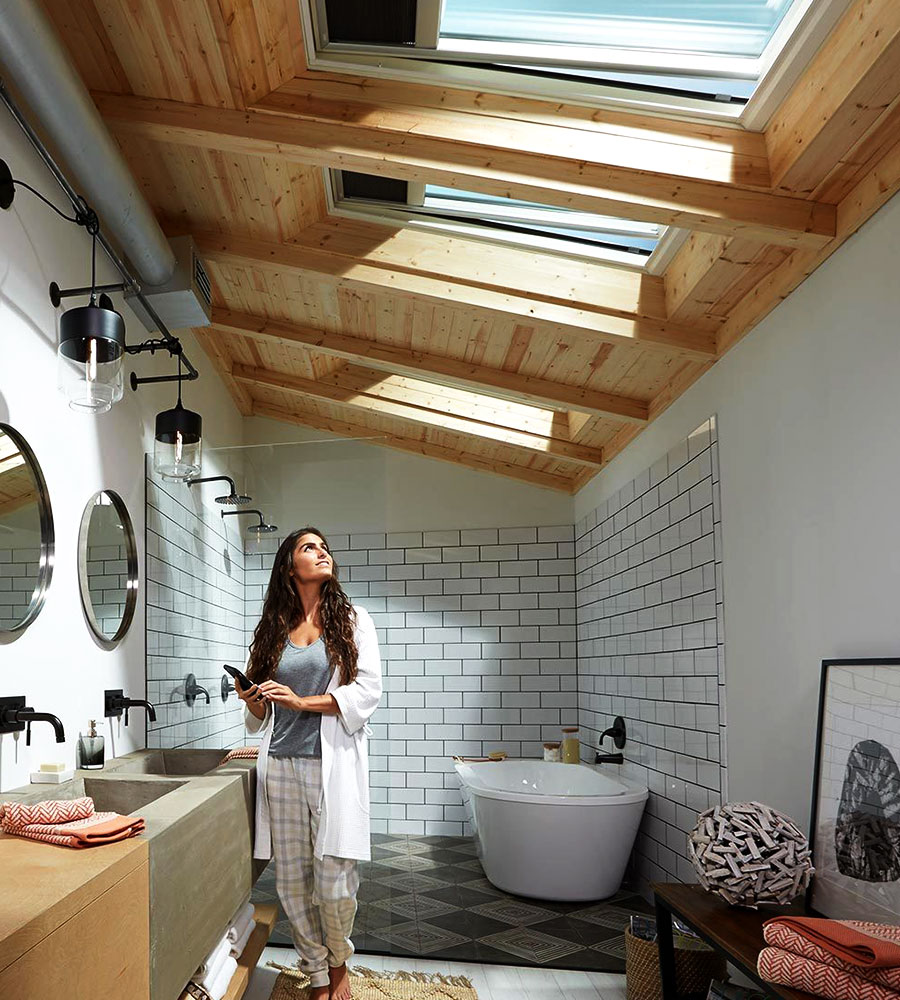 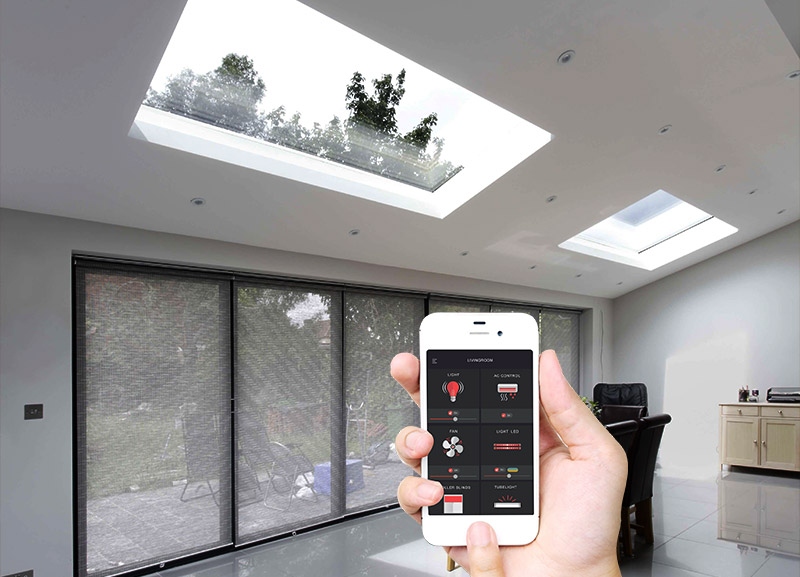 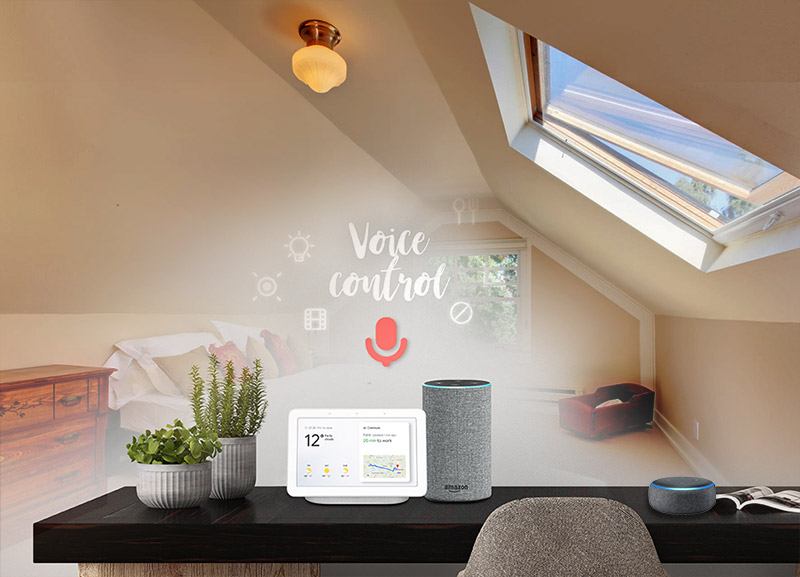 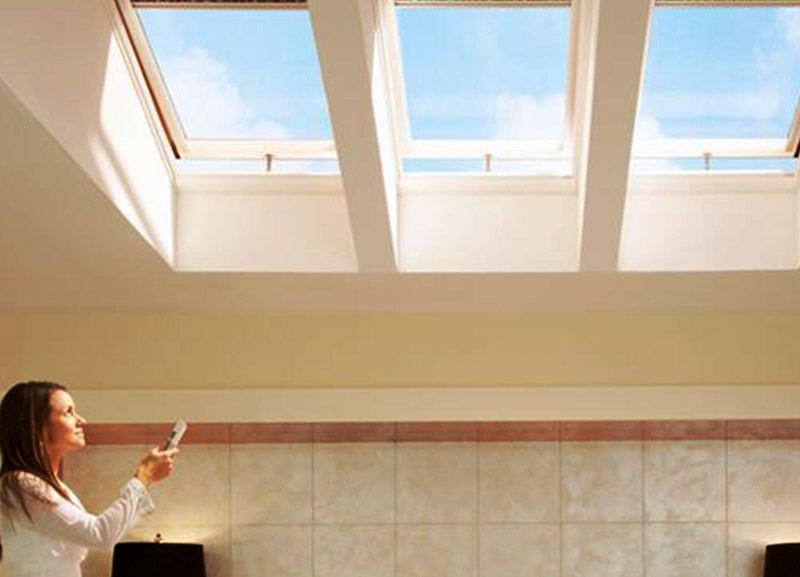 TV lift Motor can be used in hiding TV into cabinet or into conference Table or in the ceiling. It has verity of use and can be used to lift up bar counter from inside the table (Bar lift Motor). 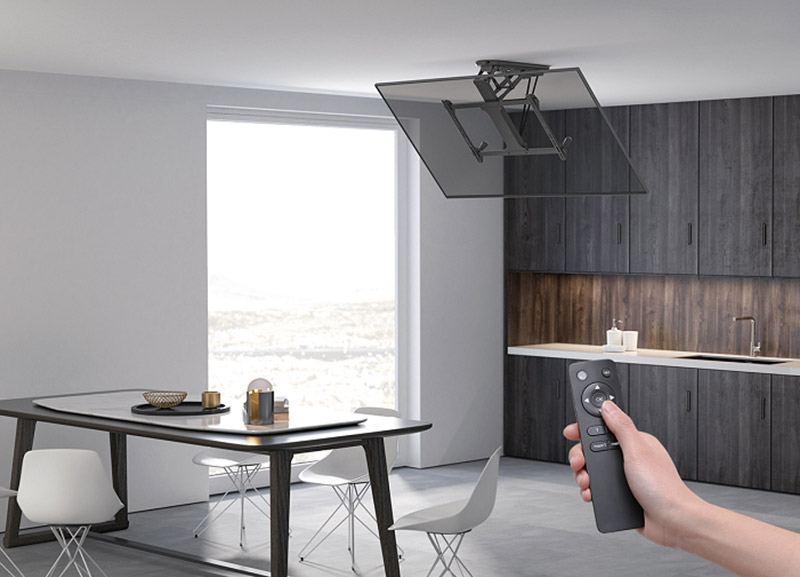 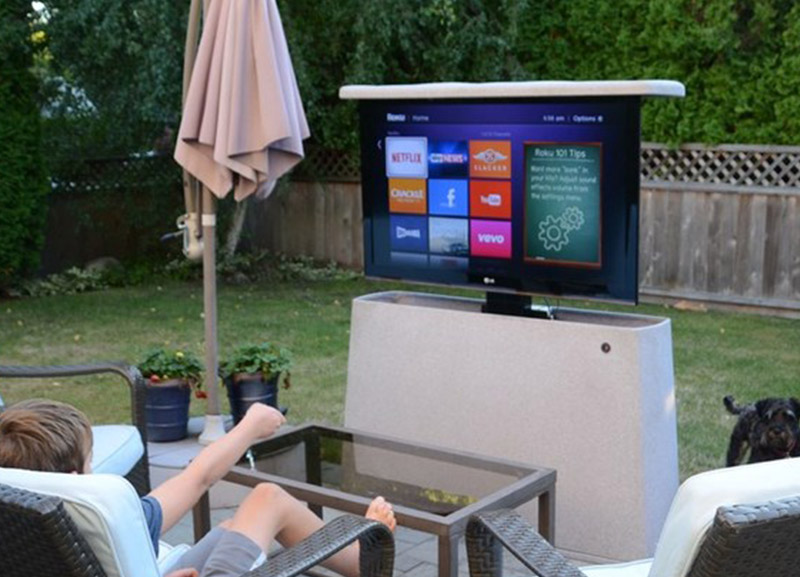 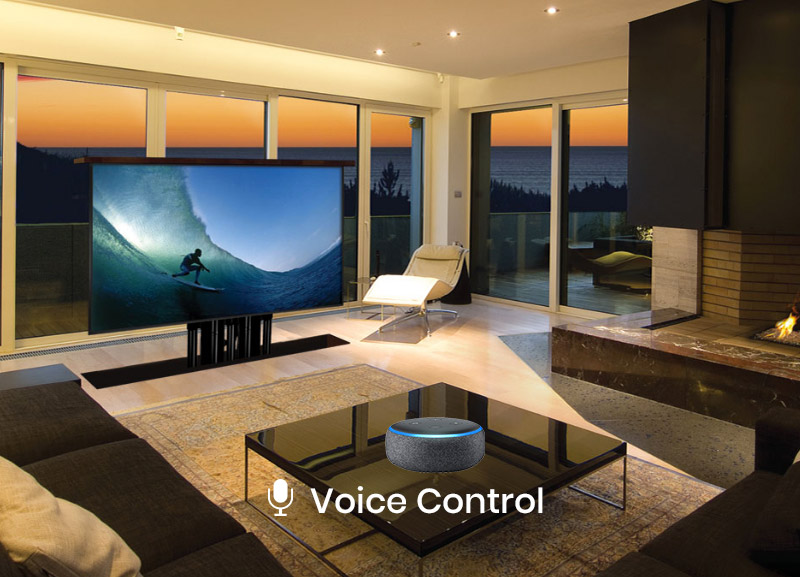 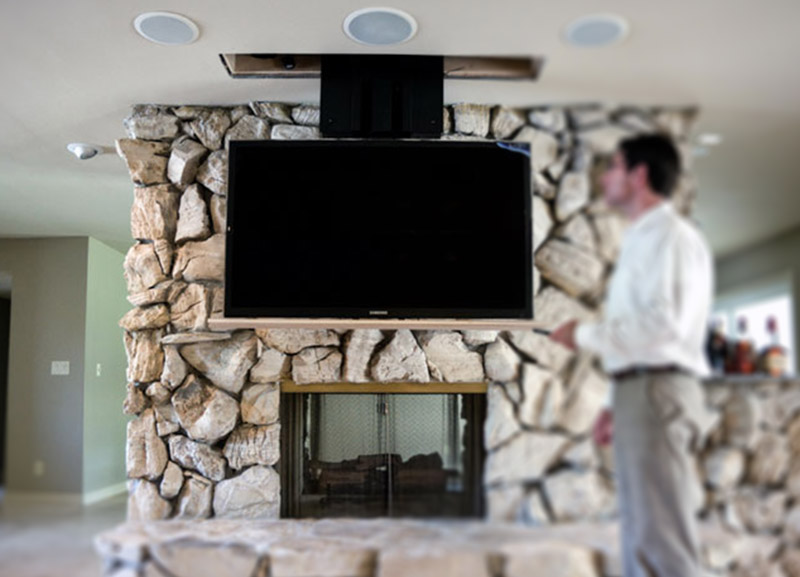 Fox Domotics projector lifts motor are quite and aluminum body that are ideal for commercial and residential use.

Projector lift motors are heavy duty and can come down to around 10 feet from the ceiling. There are various models as per different projector size and weight. It can be used in conference room, small to large auditorium and residential.

We have swing door motor for opening 90 degree swing doors either in commercial or residential use. The motor is quite and heavy duty and can open a door of around 150kg weight.

Home main door can be automated with swing door motor. The motor can be integrated with digital door lock system or push button trigger or motion sensor. 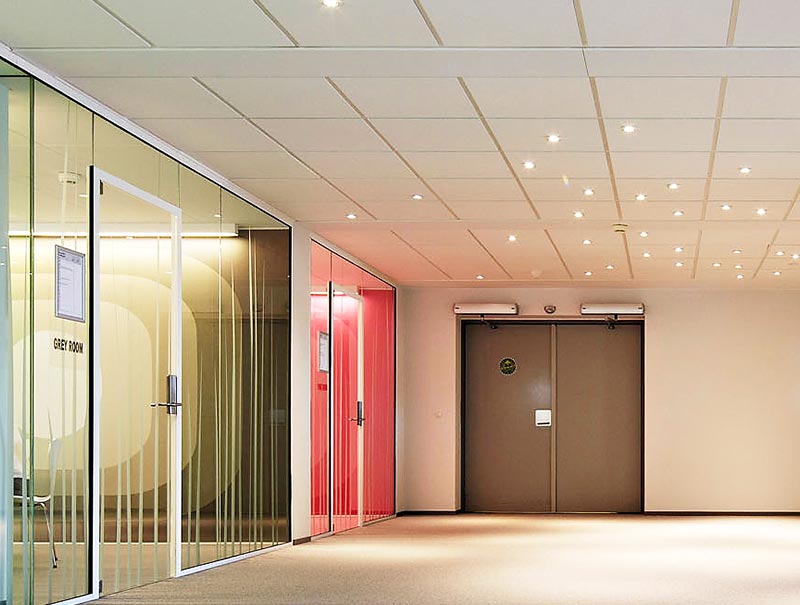 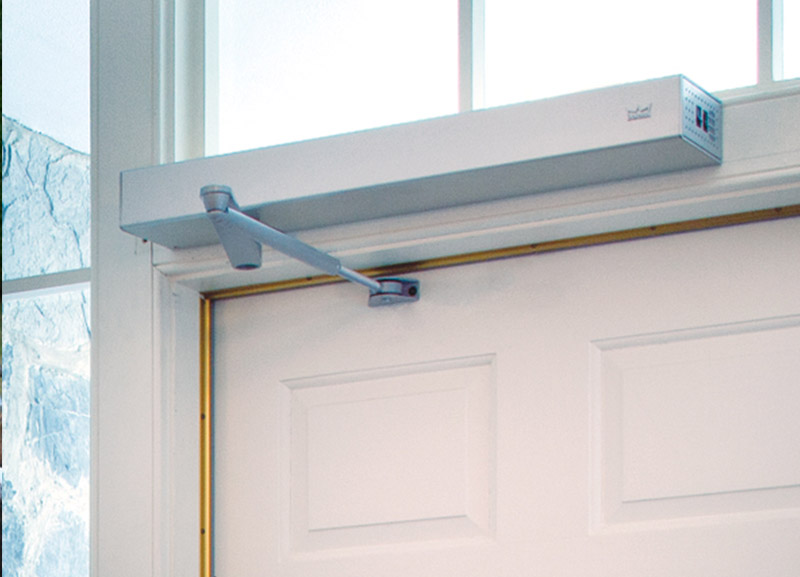 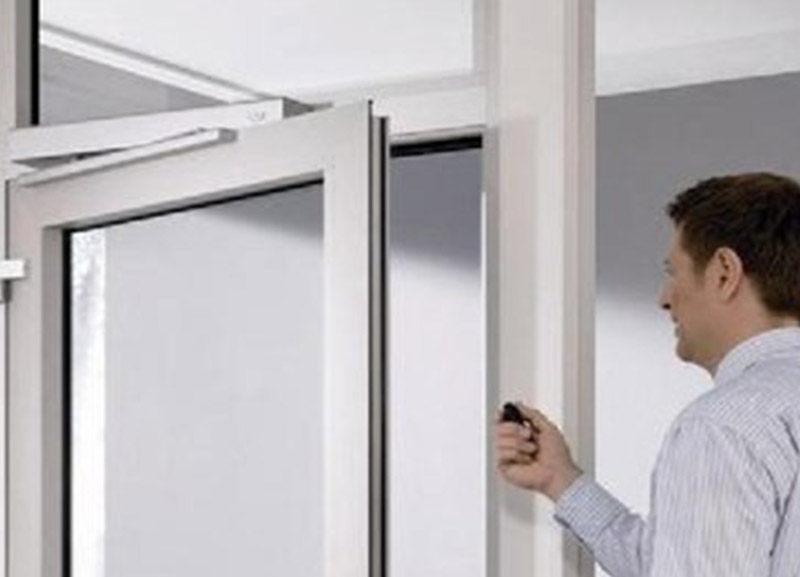 We’re here to answer any questions you might have about living in a Smart Home. We can also help you find an Fox Domotics Dealer in your area.

*only for boxed layout